When one of the biggest pioneers in the computer science field has a reading list, it’s best to take notice and check the books out. These books on technology and innovation from Alan Kay’s Reading List will give you an insight into what makes Alan Kay tick.

You will also learn from them.

Alan Kay, known for his work on windowing graphical user interface design and object-oriented programming, has shared the very stories and ideas that have motivated him.

On the list are some hard hitters focusing on technology with others that zero in on the importance of innovation.

Anyone who wants to succeed in this fast-paced world that waits for no one will for sure have something to glean from these recommendations.

And in this day and age where so much can be accessed by the tip of our fingertips?

Technics and Civilization by Lewis Mumford

It suggests that mankind’s choices have had a powerful effect on the rise of machines, and vice versa.

This has been the case for decades before TVs, computers, or the internet was even invented.

Technics and Civilization is a tome ahead of its time.

It has the ability to predict the trajectory of technology to this very day.

Also, it is bold in placing the origins of the machine age in the moral, economic, and political choices made by man.

Mumford sheds light on the many dilemmas we face today just by prefacing them with how humans first created and later dealt with these problems.

It weaves together sociology, history, psychology, economics, science, and engineering.

As a result, it comes up with fascinating and provocative takes on how the world is what it is.

Despite how intimidating that sounds, this book is friendly to the average person who’s striving to work hard and do better.

In fact, to hard workers like Alan Kay, the best way to move forward might just be to understand how things are the way they are in the first place.

Learn more by buying this book when you click the image link above.

This is a work originally published in 1970 that remains relevant today.

Drucker’s Technology, Management, and Society probes into how mankind’s productivity has shifted over the years.

With a focus on technology and management, it highlights how these two things affect the quality of life.

All this is done in a span of twelve essays, each and everyone armed with crisp reasoning and analysis that are accessible to the everyday man.

Condensed into one volume, they make for a solid, fascinating read.

Drucker, after all, puts a premium on effectivity and efficiency.

To him, these are man’s most important capabilities.

He also gives special emphasis on the many communication and motivation challenges that hold back our capabilities.

This is despite the rapid development in technology and management that has occurred over the years.

It’s safe to say that his ideas still pack a punch today.

It’s no wonder a programmer and computer scientist like Alan Kay sees value in his words.

Learn more about Technology, Management, and Society by buying this book from Amazon using the image link above.

Innovation and Entrepreneurship by Peter Drucker

This once again picks up the ideas of effectivity and efficiency.

This time, he applies them to the process of innovation.

Perhaps the biggest stance he presents in this book is his belief that innovation shouldn’t just be random and occasional.

Innovation should be a purposeful and systematic effort.

Drucker says when people innovate more efficiently and effectively, then businesses and institutions can better assure their success.

He even lays down seven sources for innovative opportunities, which are best explained and demonstrated in the book itself.

But Innovation and Entrepreneurship isn’t all advice and motivation either.

It touches on change and uncertainty as inevitable factors in business.

He indicates that we all must get used to this, and puts emphasis on the importance of outside advice when situations get too complicated.

However, a great takeaway which could inform one’s lifestyle after reading this is Drucker’s concept of constant learning, or what he calls the innovator’s weapon.

Depending on a single way of doing things is shaky at best, and that’s where constant learning comes in.

To innovators like Alan Kay, Drucker’s philosophy of continuously taking in real-world knowledge is essential to innovating the breakthroughs that society looks forward to each day.

Become an innovative entrepreneur by buying this book on Alan Kay’s Reading List from Amazon using the image link above.

Six Thinking Hats is known for its successful approach to exploring new ideas.

Characterized by the act of removing and putting on various ways of thinking, much like with hats, De Bono uses this analogy to describe the six types that exist.

Instead of juggling around conflicting thoughts and emotions, his solution of putting on one hat for each situation remains a popular approach to this day.

The six thinking hats are as follows:

According to De Bono, thinking can become a skill that can be practiced with the use of various hats.

He presents many case studies that reveal how deliberate role-playing empowers each persona and creates a better environment for communication and innovation.

From leaders in a corporation to students in a group project, anyone can benefit from Six Thinking Hats.

It’s instructive and inspiring, and a must-read for those who want to improve in the decision-making process, whether at work or just in life in general.

Know more about the six thinking hats when you buy this book by clicking the image link above.

In this book, machines are again a major factor in how mankind has changed ways of thinking and ways of life.

Computation, however, sets itself apart by zeroing in on how today’s computer-like machines are incomparable to anything else seen before.

Minsky argues that no one can predict how such machines can affect us in the long-term, a scary yet exciting thought to ponder on.

Basically, technology has led to the existence of objects that can perform intellectual processes.

In fact, the capability and complexity of such machines like the computer developed so rapidly within a generation.

This rapid development is exactly what we as a society must prepare for, Minsky says.

The exact role that machines have in our lives is transforming day by day and can’t yet be clearly defined.

And without a definite guide to systematically categorize computers and other devices?

That means we must lay the groundwork – fast.

For Minsky, mapping the huge, potential range of machines is of utmost priority.

Like our limits as man, we have yet to discover their limits as machines, and Computation is a fascinating read for anyone who believes that anything is possible if we let technology take us there.

The future is technology, learn more by buying this book using the image link above.

Alan Kay is a man who values innovation and technology.

All of the books on his reading list reflects this.

The development of the machine and its effect on mankind.

The importance of efficiency in business.

The various ways one can think in the decision-making process.

All grounds seem to be covered.

One thing that must be clear, whether for a programmer or a student or a businessman.

It’s hat learning new things is all about humility and determination to know more.

Only then can one embody what is read and use it to make a difference.

This is a philosophy Kay seems to live by.

It may be a hassle, but the return on such an investment is always worth it. 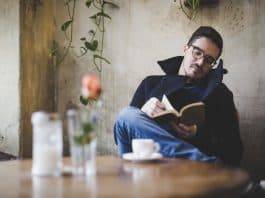 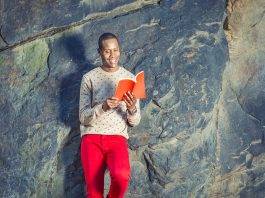