Anyone interested in business and leadership from one of the strongest women you will ever know should take a deep dive into Indra Nooyi’s reading list, which includes the five books below.

Indra Nooyi is the former CEO of the Pepsi Cola Company.

She was number 13 in The World’s 100 Most Powerful Women list by Forbes.

What is it about: Vijay Govindarajan is regarded as the number 1 Indian management thinker.

It is an interesting resource for enterprises with conflicting and at times competing views of its desired future, current state, as well as its past.

Govindarajan admits that he took one of the big themes that can be found from Hindu scripture.

And that is the concept of cyclical rhythmic activity.

Govindarajan posits that this balanced cyclic view allows humanity and human institutions to thrive and maintain its operations sustainably.

The concepts of creation, maintenance, and destruction (or recycling if you prefer that) are all important concepts.

They are actually represented by primary Hindu gods.

In that religious tradition, no single one of these concepts is more important.

They are all equally important.

Note that the concept that Govindarajan introduces aren’t mere theories.

He draws real-world examples of these concepts in action.

He posits that if a business is able to obtain the balance between these three you obtain optimal solutions.

What to look out for: There might be a huge gloss in the author’s emphasis on his three models of innovation initiatives.

Some might say that this book is best suited for small business managers rather than big business CEOs.

Be a problem solver and an Innovator by buying this book on Indra Nooyi’s Reading List from Amazon using the image link above.

The Silo Effect by Gillian Tett

What is it about: What is a silo?

It is a term that the author uses preferentially to refer to rigidly streamlined systems in today’s interconnected environment.

In her treatment of this phenomenon i.e. the silo effect—they exist people in different parts of an organization get closed off.

One of the examples that she cites is the financial crisis that occurred starting in 2008—more than a decade ago.

She describes it as being caused by the lack of communication between the different departments of financial institutions.

She describes professionals being trapped in their departments as if guarding some form of a well-kept trade secret.

Of course, the silo effect that she describes doesn’t only exist in businesses.

It is quite paradoxical if you consider how evident her theory is today.

Today we live in an extremely interconnected world.

Yet we still prefer to silo up ourselves and our tools of the trade even from the very people who could have contributed well for our well-being.

What to look out for: Some of the terms and jargon that Tett uses in this book seem inappropriate or out of place for a book on finance and entrepreneurship.

Well, there is a reason for this.

Tett was an anthropologist—a good one at that.

And this background may have formed the foundation for her use of such terms as “silos” and other similar terms.

Learn more about the Silo effect by buying this book on Indra Nooyi’s Reading List from Amazon using the image link above.

What is it about: There is no doubt that the debate on women and work is still ongoing.

Anne-Marie Slaugther is no stranger to that struggle and she has ample personal experience with it as well.

The primary questions asked and covered in this book include why women still get the backlash when they quit because of work/life balance.

The same thing is asked for the silent partner—the men.

Don’t they need that kind of balance as well?

It begs the question has the workplace become so cutthroat that one is left with no options when settling the balance between life, work, family, or no life outside work at all.

Some call this book as a manifesto and there are companies that have folded because of the pressure.

For instance, Netflix has granted unlimited time off with pay benefits to both new mothers and fathers.

This benefit is granted them up to 1 year after the birth or adoption of a new child.

The main argument that the author provides in her book is that the discussion is no longer about just work-life balance.

She emphasizes that it is more about discrimination against caregiving.

This work is no less than an eye-opener to the needs of all professionals in the workplace.

It extends the concern of women to men who also need that balance.

What to look out for: Some may have noticed that some of the points that the author has raised in this book have been rehashed from her viral 2012 Atlantic article entitled “Why Women Still Can’t Have It All.”

Learn more about Work-Life Balance by buying and reading this book using the image link above.

Your Happiness Was Hacked by Alex Salkever and Vivek Wadhwa

What is it about: Is it possible that our reliance on technology today is causing us a lot of unhappiness?

Alex Salkever and Vivek Wadhwa are brave enough to tackle this dark side of modern technology.

The book is largely inspired by their personal experiences.

They themselves experienced an over reliance on technology which proved to be rather life-altering.

This later on, after much musing, brought them to a startling realization that technology can be harmful even detrimental to our well-being.

The book is not all about shunning technology as we know it.

We all know that it is no longer just a luxury in our day.

Technology is already a necessity.

The first half of the book deals with the negative and rather dark effects of our reliance on modern technology.

The next half of their work deals on how to reduce its negative effects and even make technology today a lot healthier.

What to look out for: This may be a tough book to read especially if you are into the gaming and social media scene.

The challenge is in getting through the first half of the book.

If you can make it past all of that then the rest is a breeze.

Discover the secret to recovering your happiness when you buy this book on Indra Nooyi’s Reading List from Amazon by clicking the image link above.

The Road To Character by David Brooks

What is it about:  It should be noted that this book is not a how to book.

If you are looking for a how to book that will teach you how to develop inner character then you might not find it here—or anywhere to be exact.

There may not be step by step approach so that people can forge great characters but this book comes close.

You can even say that this book is Brooks’ expose of himself.

He admits in this book at he himself has focused on the superficial and the external for the most part of his life.

He then tells us his journey in his search on how to develop the qualities that will develop one’s character.

The author talks about his so called resume virtues.

He sets those apart from eulogy virtues. And these two sets of virtues are the center of his book.

What to look out for: Yes this is a book about moral development.

The insights that the author draws will make you question yourself at times and find your own inner faults and flaws.

But that is just the beginning of the journey through this text.

It is not a guilt trip through and through after all.

Build good character by buying this book from Amazon using the image link above.

Are there any points that we missed? 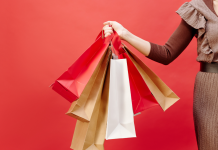 What Is Shop Pay 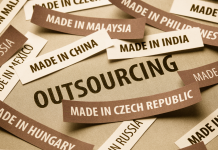 What Is Outsourcing In Business 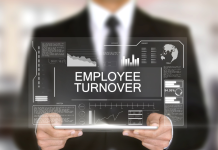 How To Reduce Turnover in Business 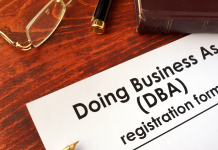 What Is A DBA In Business