Jaime Dimon is the CEO of JPMorgan, and one of the most respected chief executives on Wall Street. Jaime Dimon’s Reading List is of interest to people who want to learn from his ideas and gain an insight into how his mind works.

His leadership is credited with ensuring that JPM weathered the financial crisis better than other banks on Wall Street.

Recently, one of his interns emailed him asking for a reading list.

He obliged by sending a list of some of his favorite books.

In this blog post, we will give you brief reviews of some of these books.

Double Your Profit In 6 Months Or Less by Robert Fifer

Written by one of the country’s foremost business consultants, this book was originally published in 1993.

It is still as relevant as when it was first published.

In Double Your Profit, Fifer argues that businesses have to prioritize profitability above all else.

The only way they can achieve this, he argues, is by ruthlessly cutting costs.

Fifer provides 78 concrete actions every business should be doing, which are organized in three sections.

The first stresses the importance of creating the right culture in your business to become profitable.

The second and third sections focus on cutting costs and increasing sales.

Although some reviewers have criticized several of Fifer’s ways to become profitable, the book is still worth reading because of its focus on the fundamentals.

There is a laudable emphasis these days on the impact a business has on society.

However, the bottom line is that businesses have to be profitable to justify their existence.

Fifer argues that when you lose sight of this fundamental idea, you risk losing profits at best, and at worst, facing the failure of your business.

If only to act as a reminder of this basic truth, the book from Jaime Dimon’s Reading List deserves a space on every business owner’s shelf.

Buy this book by clicking the image link above to know how you can double your profits.

Built From Scratch by Arthur Blank

This book was written by one of the co-founders of The Home Depot, the country’s largest dealer of home improvement products.

After Blank and his friend Bernard Marcus were fired, a friend told them that this was a “golden opportunity” for them to follow their dream.

So Marcus and Blank pursued their innovative concept of establishing a chain of warehouse-style home improvement superstores selling the widest range of products at the lowest prices.

Despite facing severe obstacles such as a lack of funding in their early days, Blank and Marcus’ perseverance paid off.

Twenty years after they started Home Depot, it had grown from an initial four stores to 775, with total sales of $30 billion.

This book should be read by every business professional, and not only because of its inspirational qualities.

It offers many important lessons on running a successful business.

These include the importance of customer service and why low prices can actually lead to greater overall sales.

Just as importantly, the Home Depot story also serves as a reminder that it is just as important for companies to do the right thing in addition to making money.

Blank emphasizes his belief that they have to give back to the communities they serve.

Build an empire from scratch buying and reading this book using the image link above.

First published in 1980, this book has achieved the status of a classic.

There have been nearly sixty English printings in addition to being translated into nineteen languages.

The author is able to communicate complex ideas in a clear and direct way that makes them easy to understand.

According to Porter, a professor at the Harvard Business School, every business, whether consciously or unconsciously, has one of three generic strategies – differentiation, lowest cost, and focus.

Which strategy they use determines how they will position themselves in the market to gain a competitive advantage.

For instance, a company using the ‘lowest cost’ strategy would offer the lowest prices to its customers.

He also defines five underlying competitive forces that allow you to analyze an industry to determine what its structural drivers of competence and profitability are.

These include the bargaining power of competitors and suppliers and the threat of new entrants and substitute products.

Competitive Strategy is one of the foundational business books that every business professional must read.

Porter provides you with a framework that you can use to analyze your business and assess the industry that you’re in.

This will help you choose the best way to compete and attain greater profitability.

Know more about competitive strategy by buying this book from Amazon using the image link above.

Jack: Straight from the Gut by Jack Welch

This is the autobiography of Jack Welch, who served as the CEO and Chairman of General Electric from 1981 to 2001.

He was also known for dismantling the company’s nine-layer management bureaucracy so that employees could focus on work.

Welch also introduced a culture of informality into GE while many of those he trained to succeed him as CEO would also go on to lead Fortune 500 companies.

As a measure of his success, GE’s market capitalization grew to over $450 billion while he was the CEO.

Twenty years after he left, the market cap had fallen to $200 billion.

The book is basically an autobiography. However, there are many insights that the reader can learn from reading about how Welch transformed GE.

There are also management lessons that entrepreneurs and other business professionals can apply to their own businesses.

For instance, Welch stresses that informality is not just about creating a more casual atmosphere, but more importantly, letting every employee know that they count.

He also emphasizes the importance of integrity and ensuring that everything is honest and straight, without hidden agendas.

Learn more by buying this book from Amazon using the link image link above.

Team of Rivals: The Political Genius of Abraham Lincoln by Doris Kearns Goodwin

This biographical portrait of President Abraham Lincoln focuses on how he was able to bring together former political rivals to serve in his cabinet.

Three of these men had unsuccessfully run against him as president.

But through his powerful ability to empathize with others, he was able to unite and harness their talents to the task of winning the Civil War and keeping the Union intact.

Although this is a historical work, there are many leadership lessons that business leaders can glean from it.

In fact, former President Barack Obama cited this book as the one that, aside from the Bible, he would take with him to the White House.

One of the most important of these is the value of surrounding yourself with the best people, who are not afraid to challenge you.

By doing this, you can avoid mistakes that are the result of your blind spots.

Another valuable lesson is the importance of being decisive when you have to be.

While having a “team of rivals” means that every essential point will be brought up and discussed, there comes a time when you have to stop the discussion and make a decision.

And you have to do this even if it goes against the advice of most of your team.

Learn more from the pool of wisdom of Abraham Lincoln.  Buy this book from Amazon when you click on the image link above.

The best leaders are those who value continuous learning.

They are acutely aware of what they don’t know, and always strive to learn something new.

Get one of the books on Jaime Dimon’s reading list.

This highlights the fact that it is not only business books that can provide essential leadership and business lessons. 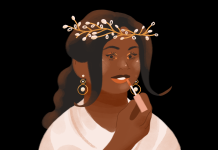 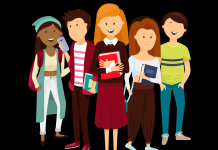 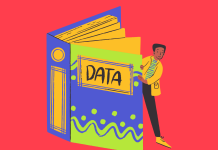 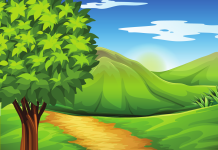